Mr Jali is a quiet man, but his presence is unmistakable. By adding his own charm to the TLAC techniques he has mastered, he makes mathematical magic unfold in his classes.

Together with his precision for breaking down complex tasks into simple steps, he uses everyday objects to bring abstract concepts to life. Matches allow learners to create mathematical patterns in sequence, while a single sheet of paper is folded in many ways to create 2D shapes. Anything and everything has found its way into Mr Jali’s captivating lessons. What’s more, his beautiful handwriting and meticulous layout turn an ordinary chalkboard into a work of art. What an amazing way for learners to learn! Kukhanyile Primary is indeed blessed to have such a teacher on the staff. 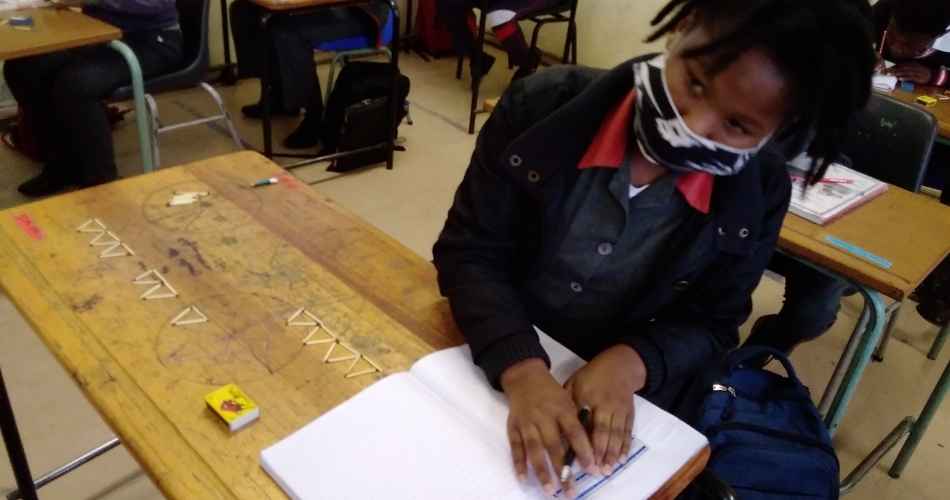 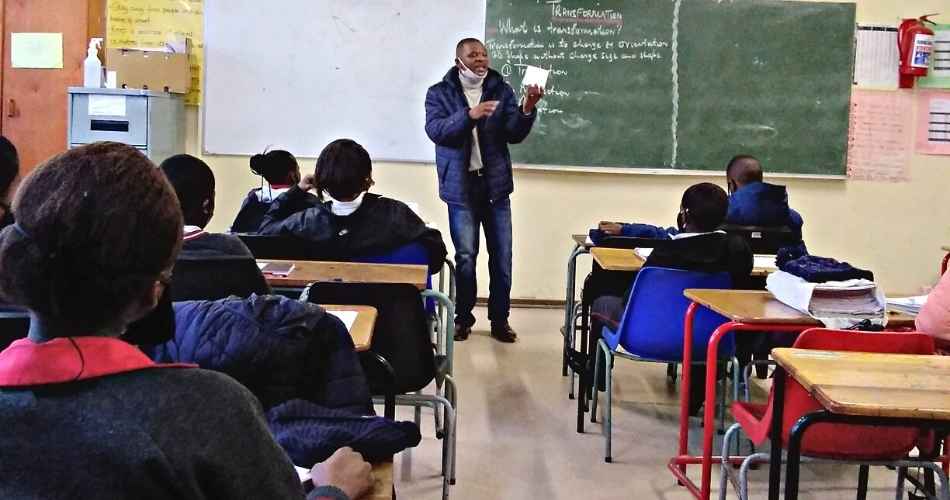 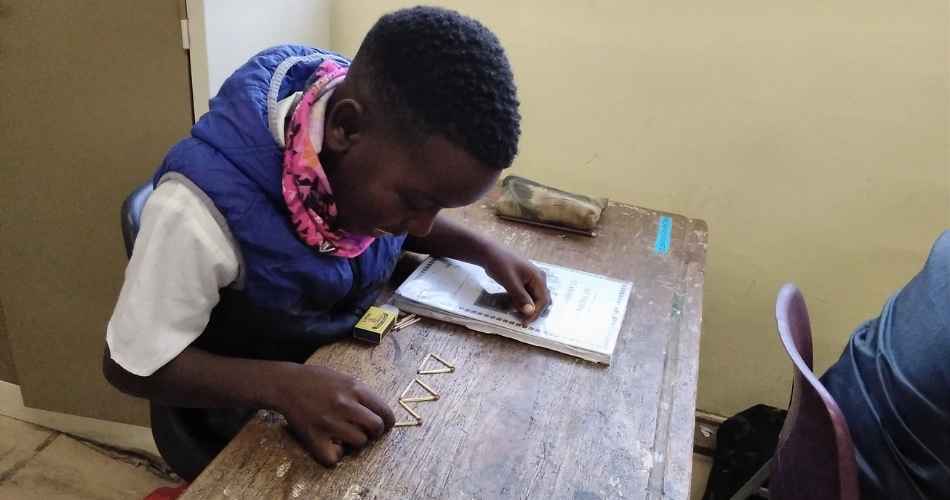 This is how Mr Jali tells his story:

“I was born in Port Elizabeth and have a twin brother. We are a family of five, including my parents and half-brother. In 2010 I got married in the place where my daughter was born. I live in Phillips East near Watergate Mall. When I grew up I was multi-talented in different sport codes. Whilst at High School I was elected to play for the former Transfer and Border in the schools’ competition in the Eastern Cape. In 2000 I moved to Cape Town after finishing my schooling to look for a teaching job. I was still active in sport during that year and the club I played soccer for was promoted to play in the Western Province. The day after I played a match near my house I got shot in the left leg. It was really bad for me because I wasn’t able to play soccer anymore. Through God’s mercy there were other things I could do: teach learners in order to give them a better future. Since 2014 I have loved being an educator.

To be part of Edufundi gives me all the answers with some of challenges I have been meant in the field of teaching. Since I learn new things from my mentor I can say that there’s a lot of improvement in my teaching styles. l really enjoying to be one of them because in life you learn to another people in order to reach your goals."

It is a wonderful experience to be in the presence of a mentee who, despite what life has dealt him, manages to persevere and with the necessary support, shines so bright.